Hugelkultur, or hill growing, has been around for centuries.  Originally, it was most likely that people utilized their compost piles or middens to grow vegetables on; after all, why waste the ground that it takes up. 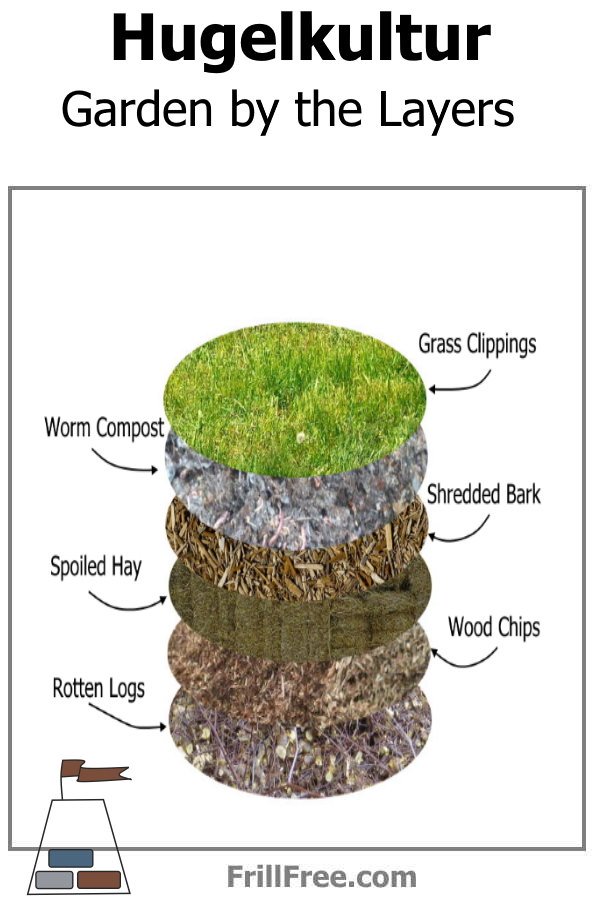 It probably didn't take long to realize that the warmth of the decomposing vegetation and branches contributed to a longer season of growth, and the larger pieces of organic matter soaked up moisture like a sponge, to be released slowly over the summer months.

My plan for a new organic garden has been in my mind for a while now; the old garden tends to have shade for a good part of the afternoon, and due to the fact that we built our tiny house in a different location than originally planned, there's now the perfect spot just begging to be used - the original house site. I'll start by piling up rotting logs and stumps to retain the soil.  If you have access to an excavator, a trench will enable you to put even more large branches in. Wood chips, shredded by the road crew while clearing brush on the road side, sawdust, wood shavings; it's all good... Raked fall leaves, pine needles and rotten hay bales will be used next, followed by layers of soil, and topped with compost.

Over time, the composting process will melt the pile down; starting with a pile over four feet (one meter or so) tall the pile will be about half that size at the end of the summer. In this permanent type of growing system, you can just keep layering on more stuff to rot down.  After harvesting the crop, weeds dried in the sun, leaves, chopped or shredded compost, cardboard or any other organic matter is fair game.

During the fall, chopped crop residues, more hay or straw, and lots of horse, pig or cow manure can be layered on it.  Sowing a green manure of some kind won't hurt either. What's the biggest advantage of all this organic matter?  The earthworms, of course!

You don't have to be limited to only using this method in ground plantings; use the same system in raised beds, or even in pots and containers. 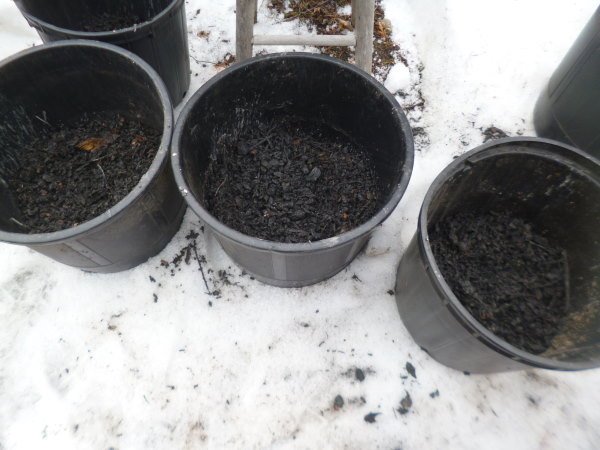 Fill your pots about one third full of wood chips and charcoal, then top them up with sterilized or pasteurized potting soil to plant into.  The wood chips store a lot of spare water, giving a buffer during hot spells. Extra water always stays available to the plants, as they put down roots into the mixture at the bottom of the pot. Once your season is done, put the contents of the pots on the compost pile to finish breaking down - they won't tie up nitrogen, as they have already had a summer of decomposing.